alight
We are and always have been about amazing global citizens taking action to change our world. Forty years ago, Chicago businessman Neal Ball started American Refugee Committee. He recruited a volunteer relief team who deployed to the Thai-Cambodian border. Even in the face of terrible tragedy, that first ARC team was characterized by their incredible energy and belief that anything was possible. Now, we're taking the next big step on a journey to unleash and put into action that same abundant belief. This year, American Refugee Committee will become Alight. We’re the same organization with the same people doing the same critical work – providing health care and clean water, shelter, protection, and economic opportunity to more than 3.5 million people in 17 countries each year. But in solidarity with the people we serve who are too often defined by a single dark moment in their lives, we’re dropping the label ‘refugee.’
1 job(s) Vancouver,WA 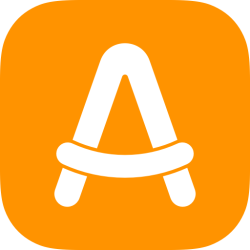 Amazon
Our mission is to be Earth's most customer-centric company. This is what unites Amazonians across teams and geographies as we are all striving to delight our customers and make their lives easier, one innovative product, service, and idea at a time.
17 job(s) Washington, D.C., USA

Amgen
Amgen is one of the world’s leading biotechnology companies. Amgen is a values-based company, deeply rooted in science and innovation to transform new ideas and discoveries into medicines for patients with serious illnesses. At Amgen, we believe in a “biology first” approach. We use cutting-edge science and technology to study the subtlest biological mechanisms in search of therapies that will improve the lives of those who suffer from serious diseases. Amgen believes the cure for disease can be found inside each and every one of us.
1 job(s) Tampa,FL